Got up this morning, made coffee and Chris started looking for a place to have breakfast while I showered. Another surprise, there are very few places that serve breakfast here in old town Saint John.

We finally ended up in a place called Chez Cora, which is a chain here in Canada. Both food and service were pretty good so yay! They even have turkey sausage.

After breakfast we decided to just spend the day walking around Saint John.

First we took a walk through the Marketplace, which is really wonderful! I wish we had something like this near us. 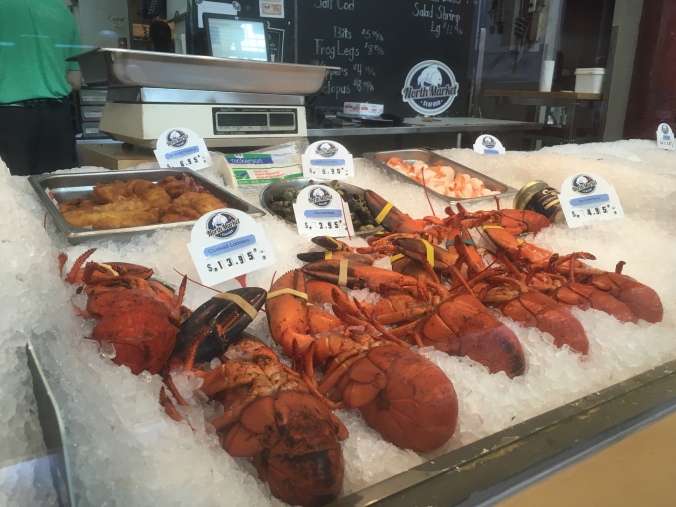 Next we headed on through the old town and into The King’s Square which is quite a nice park in the center of town. 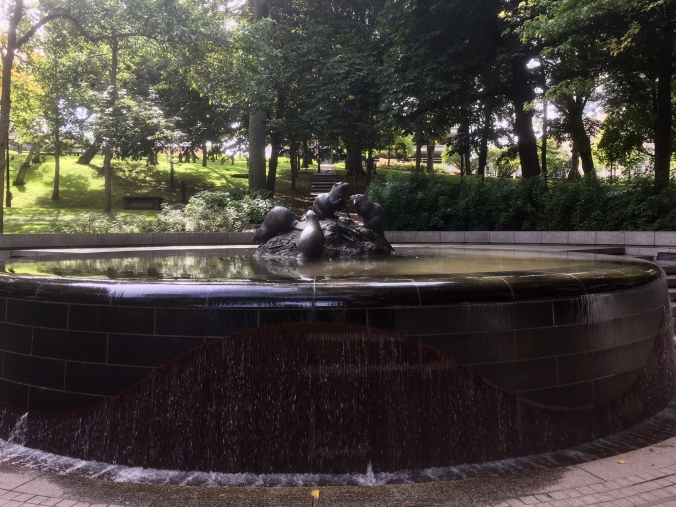 Then we wandered around just taking photos and looking for Salmon Sculptures.

The people of Saint John have installed 10 different Salmon Run sculptures throughout the city, each one designed and painted by a different local artist.

Below are the 5 we’ve found so far. 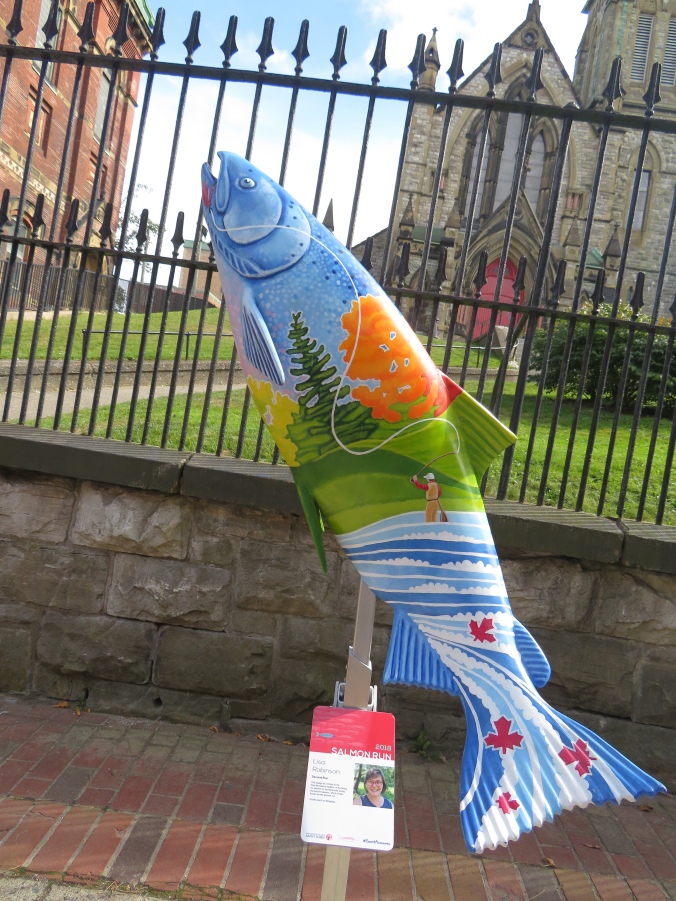 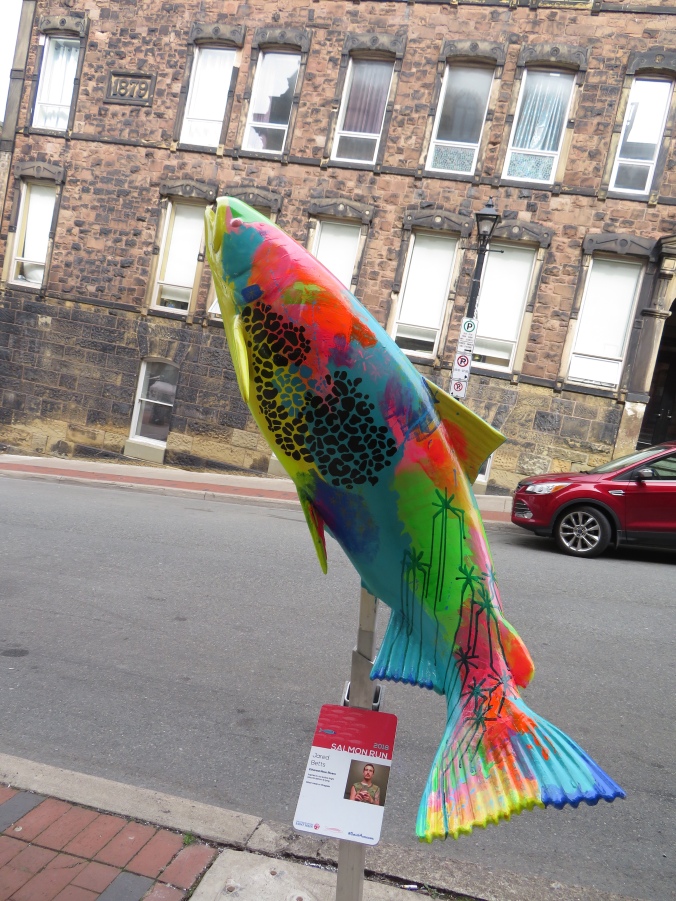 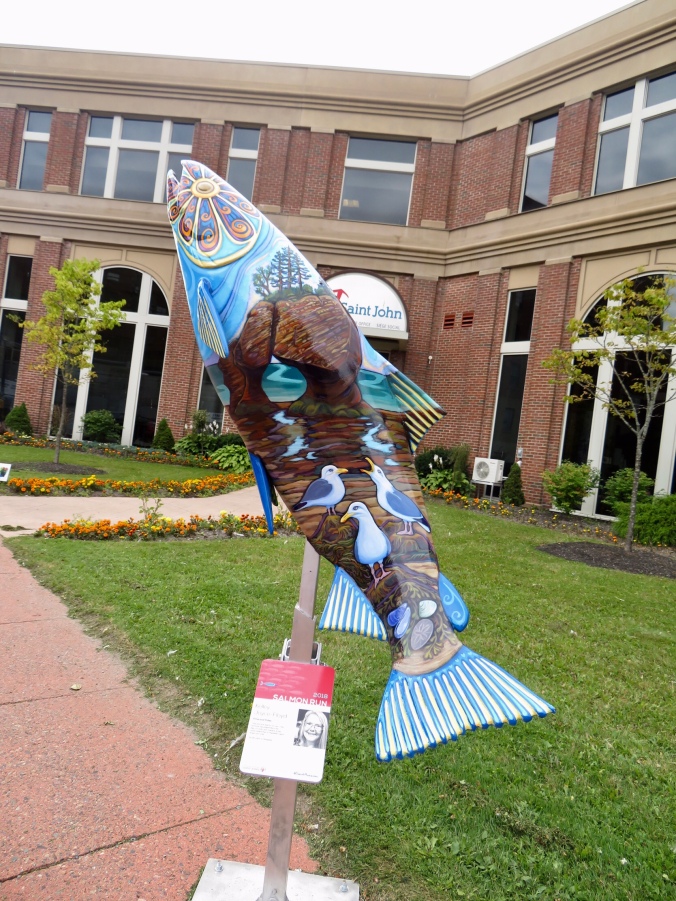 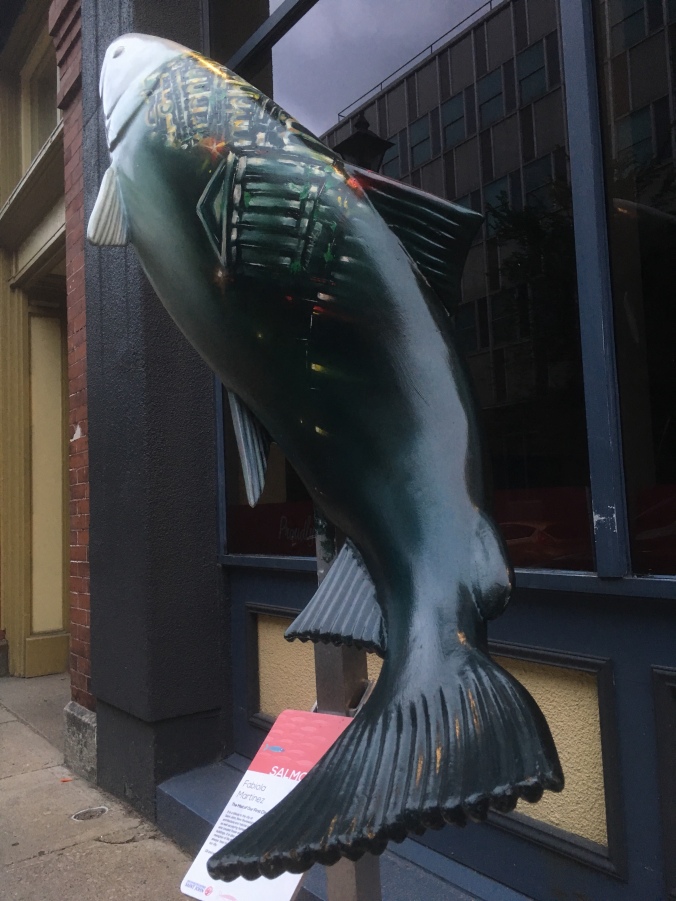 At that point we headed off to see the Reversing Falls which is accessed by walking along a beautiful red concrete path with branches that go off to other places and beautiful planting’s and art installations along the way. The walk amounts to a 4 mile out and back from the city.

Reversing Falls is an area where the water reverses direction with the tides. We thought it was very pretty. The link above goes to a YouTube video that shows the tide when it reverses, it’s pretty dramatic.

We were too early to see the tides cause a reversal but you can see where the water seems to meet from different directions.

Some of the sculptures along the path were quite lovely. They are carved out of the natural stone available in New Brunswick. 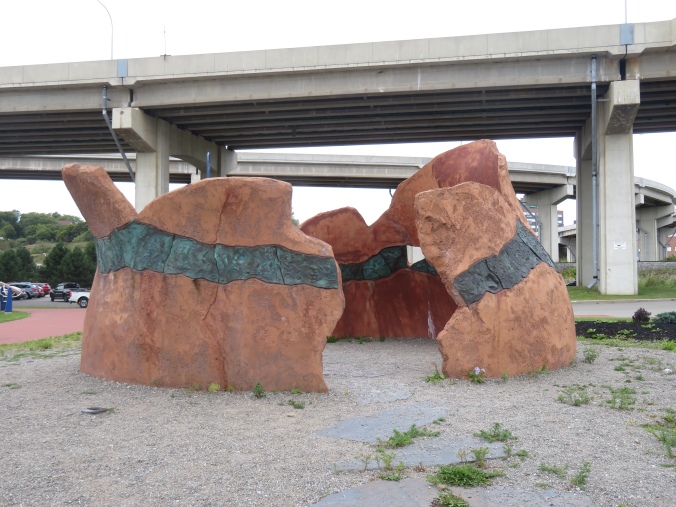 While we were out we went to where 8 sculptures were being carved by 8 artists who had been chosen from 175 international applicants, to participate in the fourth New Brunswick International Sculpture Symposium in Saint John.

The idea for this event began in Maine in 2007 where the first event was held at Acadia National Park. This resulted in 7 sculptures that were placed along coastal towns in Maine. There were 4 more symposia ending in 2014 which produced a trail system of 34 sculptures that spanned nearly 300 miles.

Then came Sculpture Saint John in 2012 with 6 sculptures placed around New Brunswick. It has continued every 2 years since then.

The artists have 6 weeks to produce their sculptures from stone found in New Brunswick.

Tomorrow everything will be cleaned up and the sculptures will be on display for all to touch, look at and enjoy. The sculptures are meant to be climbed on by children and thoroughly enjoyed by all. 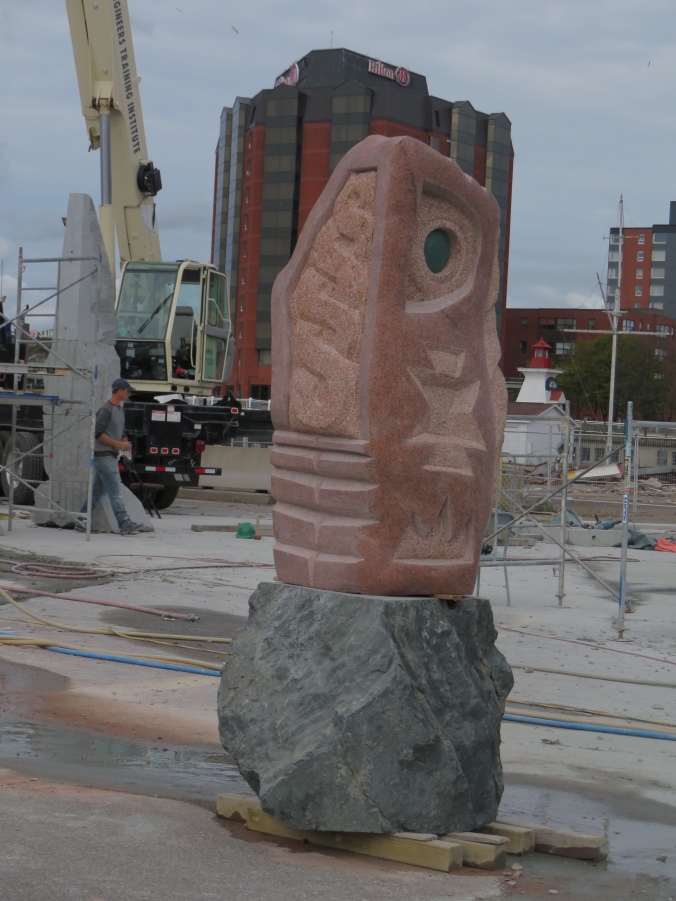 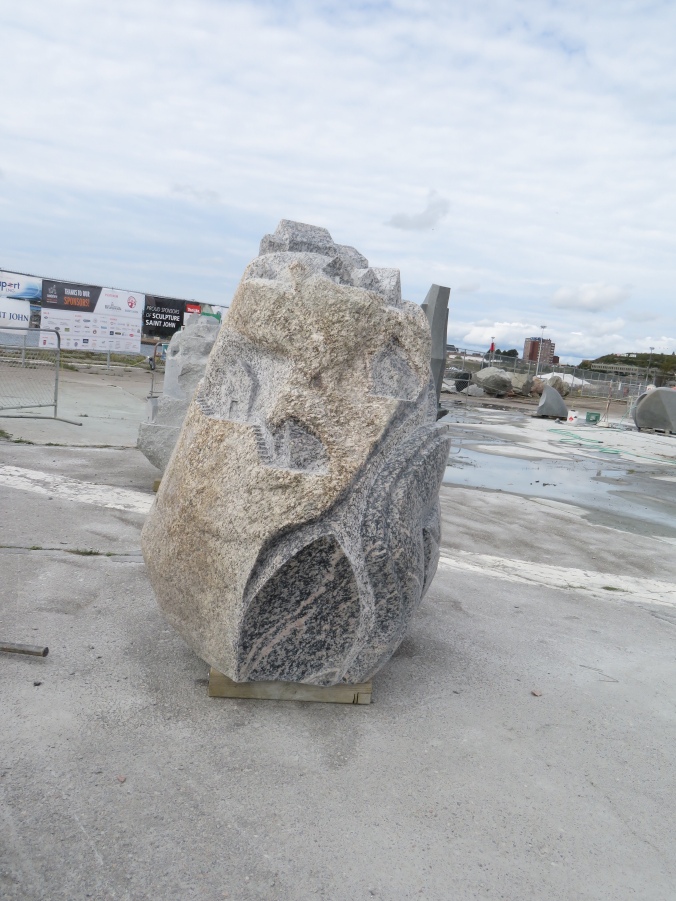 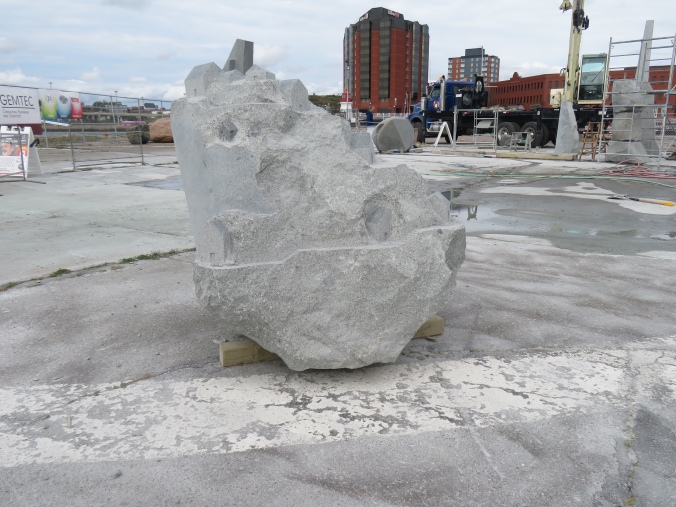 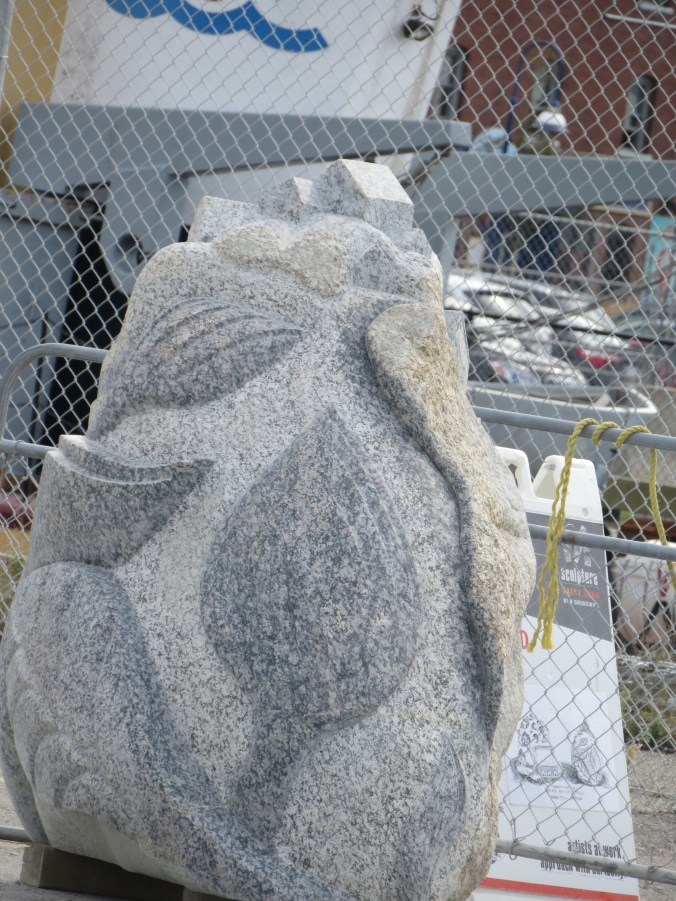 I took some photos of the old buildings in town and of “Theodore Too” a tugboat on loan for the summer from Halifax. He’s a character from a Canadian television series called “Theodore Tugboat” very popular with the children and they get to take rides on him. 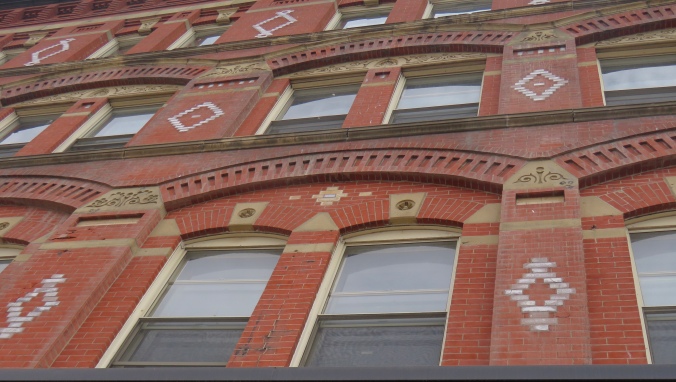 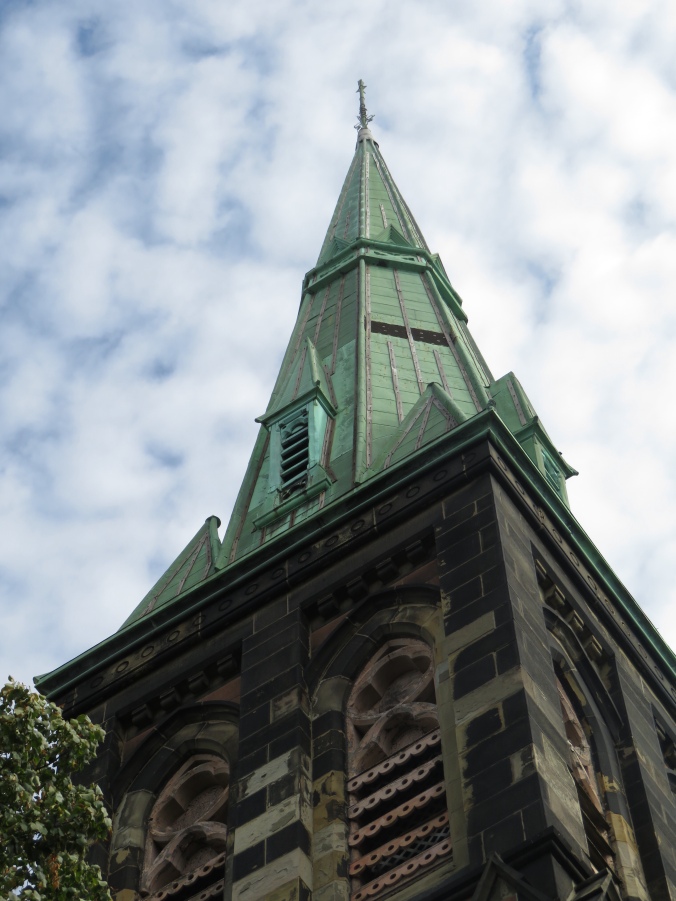